While in SF I wanted to grab a photo exterior photos of the City Hall. While waiting for the sun to set I took a stroll inside to check out its interior. Wow! Very nice for HDR’ing! They were prepping for a big party and had it all lit up and set for a wonderful evening for a lucky group of people!

I am photographing the Yorba Linda High School Football team this season when I can and the first game was last nite vs. El Modena. Yorba Linda won 21-7! Nice way to start the season. Congrats Mustangs!! Before the game I took this shot as the sun was lighting up the field. College Football started last nite and the NFL this next week…great for us football fans!! Are you ready for some football?

I searched through some old processed HDR’s and found this one of the Prague Castle Church (St. Vitus). I took this photo back in 2009 and posted it shortly after my visit. I took the same 5 brackets and re-processed them this past evening using current technology and software…and went through my standard methods for current HDR’s. A very different photo!!!

Amazing to see! To me the biggest change is using HDR Efex Pro. I prefer it over Photomatix. Both software has a particular look. I have made comments in the past…HDR Efex is in my opinion a sharper cleaner HDR processing program. But as always, whatever you prefer is ok!

If you are a photographer…many times we look back at our older work and chuckle about it. Since that time we have gained experience and use new software. What we thought was a great picture now in our own eyes is just acceptable. If you have been producing HDR’s for years….give HDR-U a try!!! You may be amazed!

San Clemente Beach has one of SoCal’s top piers to photograph. Getting a cloudy sunset like this takes luck in CA. I tilted the camera a bit to give it a diff view. Enjoy!

While back in Austin for a few days recently…we were staying at the Hilton downtown. I could look out my room window and see the station right next to the hotel. I was up early this day taking shots all around and on my walk back the Metro was just pulling up. I waited for the passengers to board and took this shot with the Frost Bank Tower in the background. I have never taken the Metro. It was on my things to do list during the trip, but just didn’t have time. I will take a ride…one day! Enjoy! 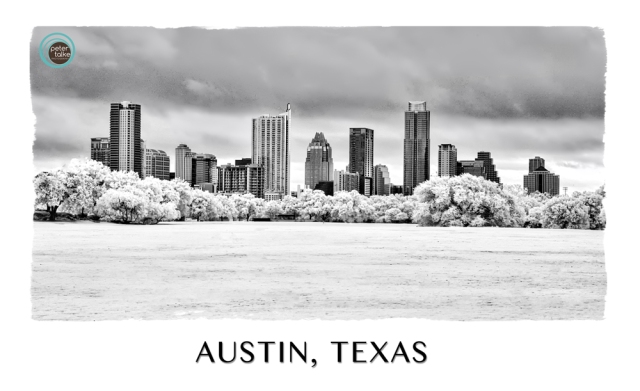 We just took a quick vacation back to Austin to see some friends. I had a little time to photograph around town and attempted to get some shots I had always wanted and also tried to find some new ones as well! I am not sure I have seen this skyline shot of Austin before? I was cruising around one early AM and saw it…had to pull over, park and this what I planned to do with this photo in IR add in a border. Cool and different! Hope you enjoy!

I will admit to being a big fan of the show Ancient Aliens. How these ancient cultures built these amazing structures years ago…make me wonder. Stonehenge was on my bucket list and I had to visit it. After seeing it…nothing special. I imagine years ago it was cool to visit when you could walk amongst the rocks. Now they have it roped off and you walk around in a circle to view the structure. Not much excitement. Maybe the Flintstones built it?

This B&W is thanks to my new fav B&W conversion tool…Perfect B&W by onOne Software. NIK has faded away! Download a trail if you want to try it…it is awesome!!! 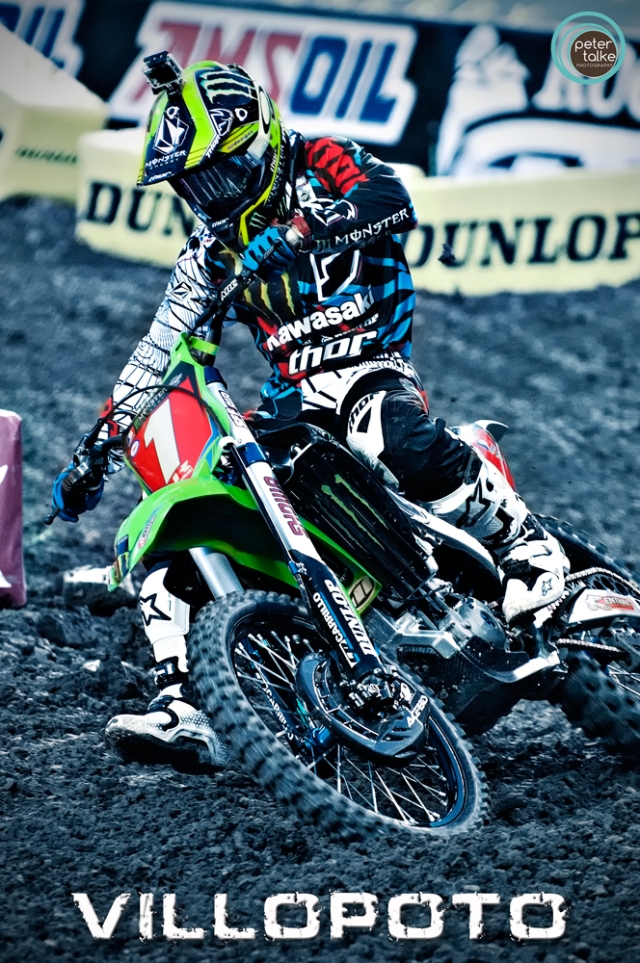 From a race earlier this season in Anaheim…this is Ryan Villopoto. If you have read Places 2 Explore for a while…you know that I am a big Supercross/Motocross fan. I try to go to at least one race a year. Photography and SX/MX are meant for each other. I’ll give Ran Villopoto his due…not my favorite rider (that’s Dungey) …but he is tough to beat this year. Looks like another SX title in 2013 with only 2 races 2 go. Kudos RV2!

From Riverside, CA…one of the most beautiful classic hotels….the Mission Inn Hotel & Spa. A hotel filled with old world charm. This was my first visit. A lovely place to see if you are in the area. The photo above is a fisheye of the amazing rotunda. Probably the most photographed location at the hotel.

Some history from the web: From its modest beginnings as a 12-room adobe boarding house to its current stature as one of the finest hotels in the United States providing a total of 238 rooms and suites, The Mission Inn Hotel & Spa has been the cornerstone of Downtown Riverside since 1876.

By the 1890’s, Riverside was the richest city per capita in the United States. The consistent influx of tourists to Riverside made Frank Miller, the Master of the Inn, recognize the dire need for a grand resort hotel. And so, the evolution of The Mission Inn began. Frank Miller opened the first wing of his new hotel in 1903. The Mission Wing was built in Mission-Revival style architecture and incorporated different structural elements of the 21 California Missions. Mr. Miller went onto add three more wings to his hotel: the Cloister, the Spanish, and finally completed it with the Rotunda wing in 1931.

From the beautiful Vienna, Austria…one of the largest churches is St. Stephens. I walked into the church this day with my camera ready and set to bracket my HDR. I was able to grab these 7 brackets, then the tripod police nabbed me! At least I was able to capture this shot above!