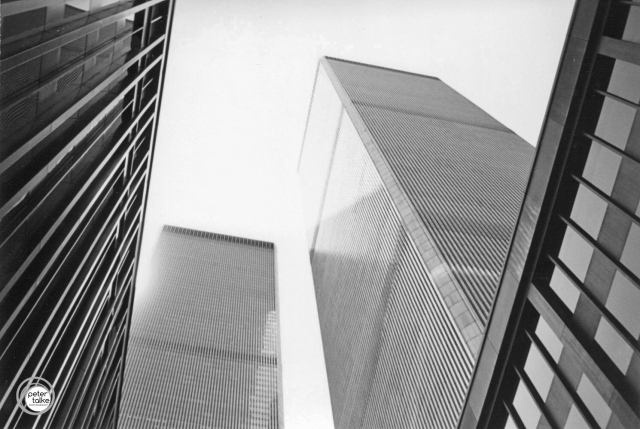 I took this shot many years ago with a film camera. I grew up in NJ and traveled into NYC often. As soon as I arrived into Penn Station I would head directly to the Twin Towers. It was my favorite thing to do in NYC. Now just a memory. We will never forget! 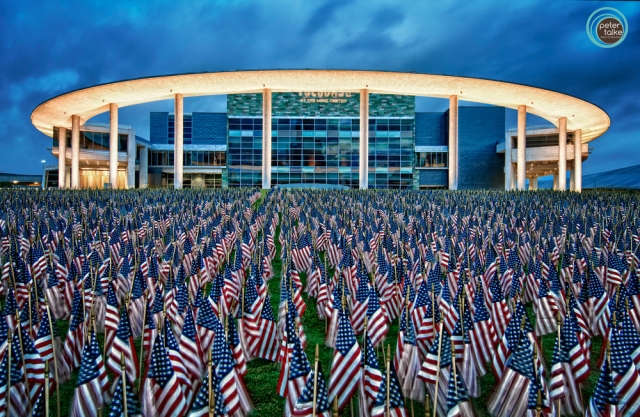 From the Long Center near downtown Austin…the front lawn was decorated with American flags a few weeks back for Memorial Day. Have a wonderful 4th of July to all in the US! Be back to posting next week!! 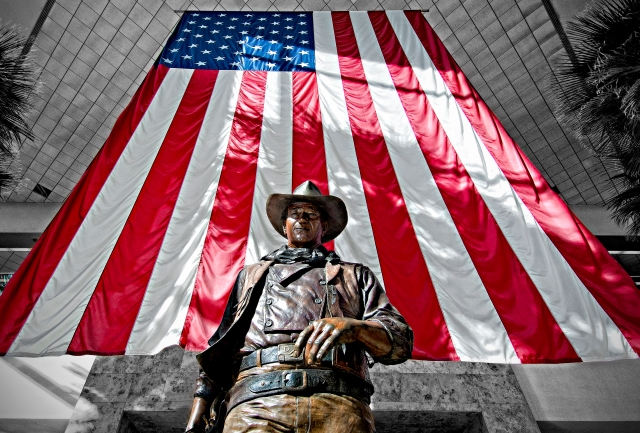 If you have ever flown into Orange County Airport/John Wayne Airport/Santa Ana…many names!  You might have seen this statue of John Wayne near the pickup area.   I have been there tons and always wanted to grab a photo!  Recently I walked by with my gear and took this hand held shot.    It is quite impressive with the American Flag hanging in the background.

Some info from the web:  On June 20, 1979, the Orange County Board of Supervisors renamed Orange County Airport to John Wayne Airport, Orange County. The John Wayne Associates commissioned sculptor Robert Summers to create a bronze statue of “the Duke” in commemoration of the late actor and true American patriot John Wayne.  The nine-foot statue was dedicated to the County on November 4, 1982 and placed outside, in front of the Eddie Martin Terminal.  After the Thomas F. Riley Terminal was built, the refinished and restored statue was placed in the lobby of the new Terminal. The John Wayne statue is located on the Arrival (lower) level in the center of the Riley Terminal and rests atop a pedestal covered in the same marble that graces the entire facility. Designed in two tiers to allow visitors to touch the statue, the pedestal provides a fitting home for one of the nation’s most loved and most remembered patriots.