One amazing massive and beautiful Cathedral.  A must see if you are ever in Germany! 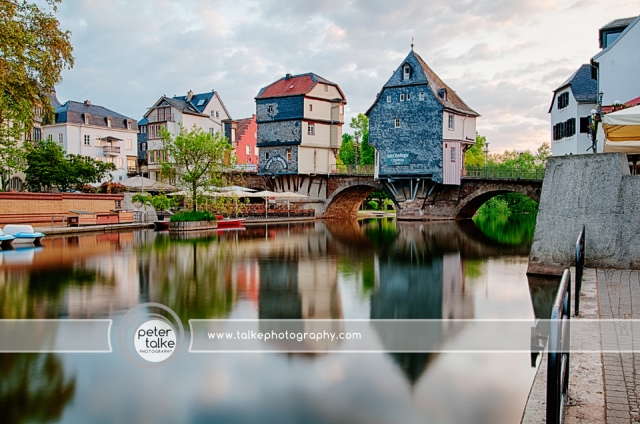 The Bruckenhauser from and early morning walk in Bad Kreuznach, Germany. I love the German architecture!

Let’s take a late nite walk over the pedestrian bridge in Frankfurt, Germany.  Nice view of the city skyline.  A nice quiet bridge…perfect for an HDR!

This is from one early AM in Munich. I woke up at 4 AM this day to get the cool railway tunnels down below the Rathaus and as I was walking back to the hotel, I grabbed this shot. Nice long exposure creates wonderful cloud movement! 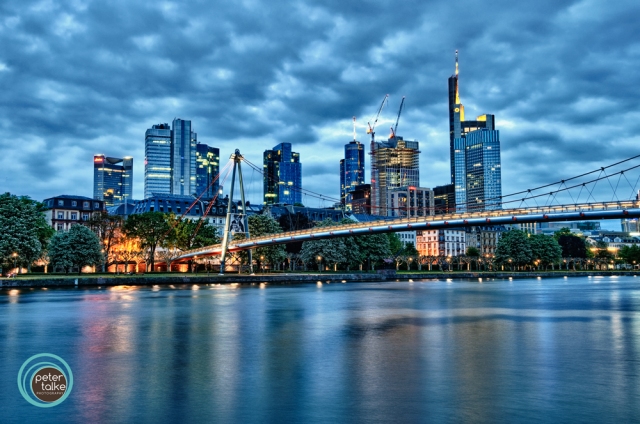 I was in Frankfurt last week stopping over for the nite on my way home. My hotel was a few blocks from the Hauptbahnhof (main train station) and 3 blocks from the bridge in the skyline shot. At this time of year…sunset is around 9:15 PM…I had to get up early in the AM…so I anxiously awaited blue hour to arrive. Finally finished at 10 PM. Always nice visiting Germany. The beer is the best!! 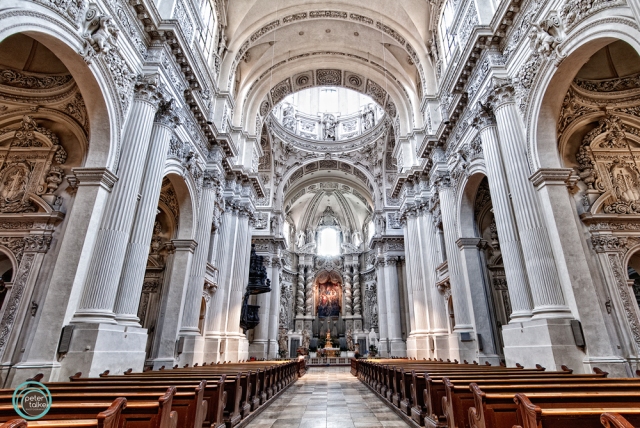 From the lovely city of Munich, Germany…if you walk around Marienplatz you can find some great architecture. A few churches, shopping, the Rathaus and much more! Hop off the U-Bahn and walk about 1/4 mile and you come across Theatine Church. Hard not to find it due to its yellowish exterior color. The outside is tough to photograph…tight quarters. Inside is the best option! Not many church interiors look bad in HDR. Enjoy your Thursday! 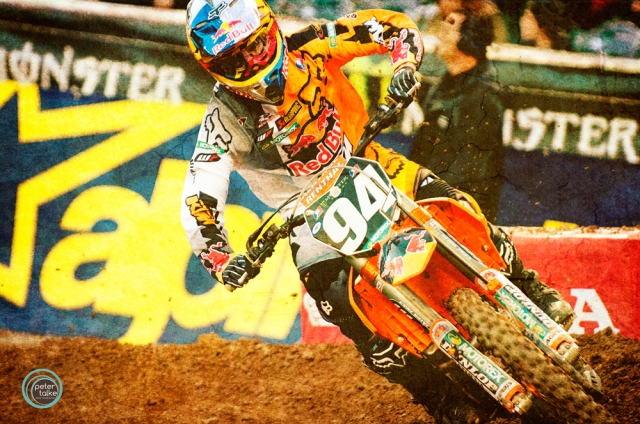 If you have been reading P2E for a while, you know that I am a huge Supercross/Motocross fan. One awesome sport to watch, attend or photograph! Last nite in Anaheim was the season opener for the Monster Enegry Supercross season. I was super pumped as now living in SoCal I can attend Anaheim 1 every year. My father-in-law and I braved the chilly 54 degree nite at Angels Stadium. Yes, that is chilly for us! LOL We had great seats and went early to watch the practice. I brought my 70-200 lens and a teleconverter to get some extra reach. I ended up with 1800+ photos! It was a great nite with some surprises. Above is the first photo I processed. I’ll have more in the future and will try to put an extra kick on them. Ken Roczen is my favorite 250 rider….he finished second last nite in the main event. A nice corner action shot from A1! 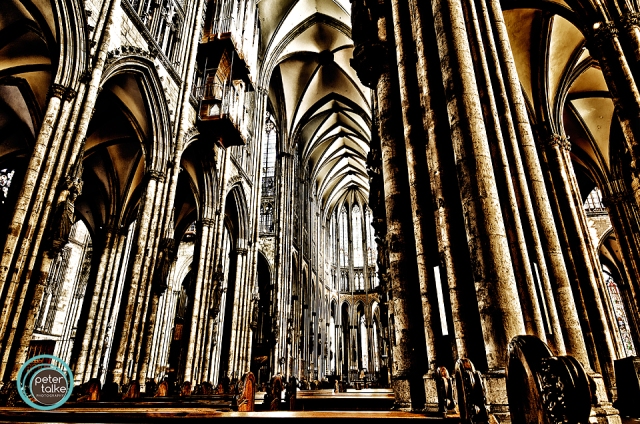 From Cologne…in my opinion, one of the best cities in Germany, this is the amazing Cologne Cathedral. Hard not to miss it when arriving into city…especially via the train. It is probably the most photographed church in all of Germany! Just be quick with your tripod! I snapped off 5 brackets and was told to take it down as I did not have proper approval. Knowing this was a possible outcome…I packed my gorillapod and attached it to the back of the pews and took this HDR. Gave it the grunge look thanks to onOne Software Photo Tools…one of my favorite filter’s “Brian’s TKO”. Thanks to Brian Matiash at onOne!

Don’t forget Perfect Photo Suite 7 is due out soon! I am testing the beta right now!

from the lovely German town of Heidelberg…here is part of the towns square. Up above to the left you can see part of the castle that overlooks the city. Heidelberg has to be one to the nicest small cities in all of Germany. If you are looking for a town that brings you back in time, this is it! Def worth a visit!!

From downtown Frankfurt, Germany while walking around downtown…I stumbled across Frankfurt Cathedral. Quite impressive and many visitors! Some info from the web…

Frankfurt Cathedral is the main church of Frankfurt and was constructed in the 14th and 15th centuries on the foundation of an earlier church from the Merovingian time. From 1356 onwards, emperors of the Holy Roman Empire were elected in this collegiate church as kings in Germany, and from 1562 to 1792, emperors-elect were crowned here. The imperial elections were held in the Wahlkapelle, a chapel on the south side of the choir (Hochchor) built for this purpose in 1425 (See the Plan to the right) and the anointing and crowning of the emperors-elect as kings in Germany took place before the central altar–believed to enshrine part of the head of St. Bartholomew–in the crossing of the church, at the entrance to the choir (See the Plan to the right).
It has been recognized as symbol for the national unity of Germany, especially during the 19th century. Although it has never been a bishop’s seat, its was it was the largest church in Frankfurt and its role in imperial politics made the church one of the most important buildings of Imperial history and justified the use of the term (imperial) cathedral for the church since the 18th century.

Between October 1943 and March 1944 the old town of Frankfurt, the biggest old Gothic town of Central Europe was destroyed by six bombardments of the Allied Forces. The physical devastation of the old imperial town was intended to reduce public support for the war. The greatest losses occurred on the 22nd of March 1944. Over one thousand buildings of the old town, the most of them being half-timbered houses were destroyed. The cathedral suffered severe damage and the interior was burned out completely. The cathedral was reconstructed in the 1950s.