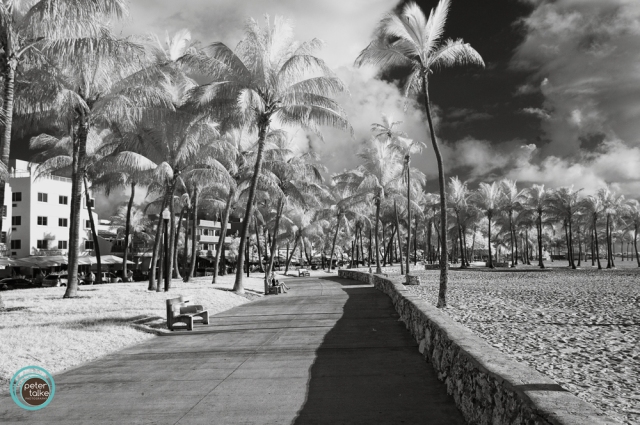 Let’s take a stroll down South Beach in the fun city of Miami, FL….early one AM. It is hard to believe August is almost here. Hope you are enjoying your summer!! 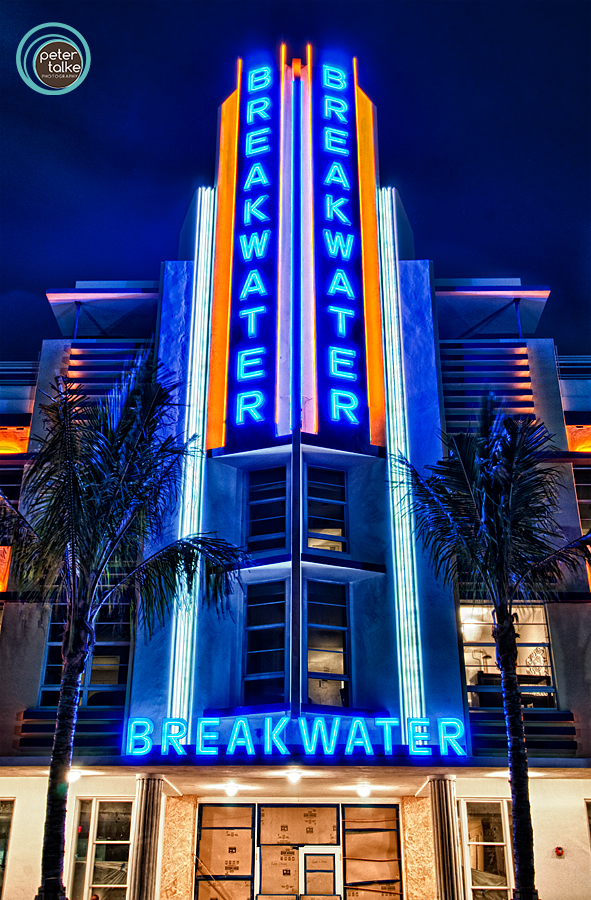 From South Beach in Miami where you can find some sweet hotels lit up at nite along the strip. This is Breakwater Hotel. Looks broken down on this day. Doors might have been closed for renovations…but lights still work!! I checked out their site…all remodeled and they state it is the sexiest hotel in South Beach! Looks nice! $209/nite for a November stay. Time to hit Miami!! 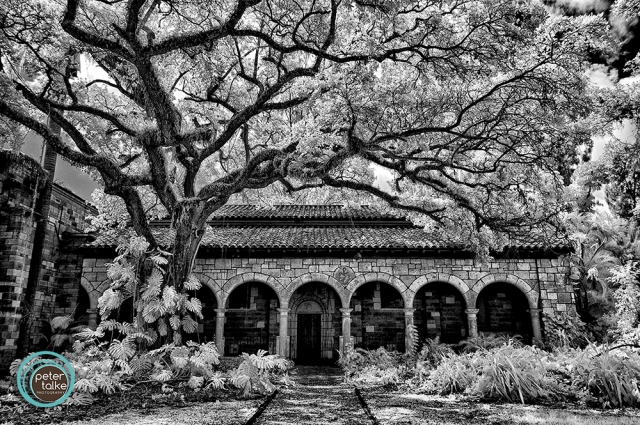 One cool location in Miami is this Spanish Monastery just outside of Main Beach. Perfect for HDR and Infrared. Today this shot is both combined! A 3 bracket HDR-IR. Hope to get back there again one day! 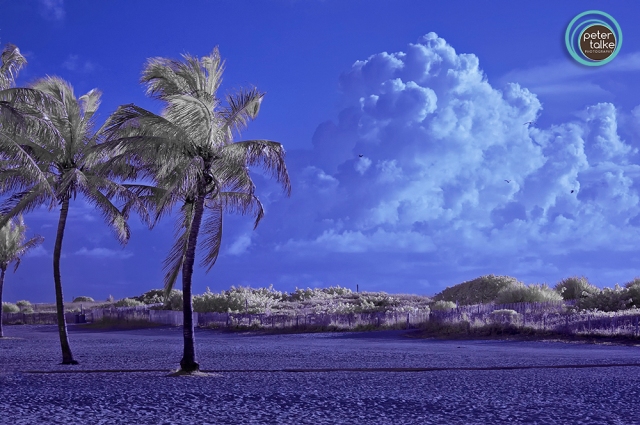 Miami rocks for Infrared! This day I had my Super IR camera. It can create some very colorful IR photos. Stuff you have never seen before. This one def has color!! I decided to sell the SUper IR as it is so specialized…I barely used it. Plus carrying 3 cameras on a trip with lenses = 2 much!! Have fun and happy shooting!! 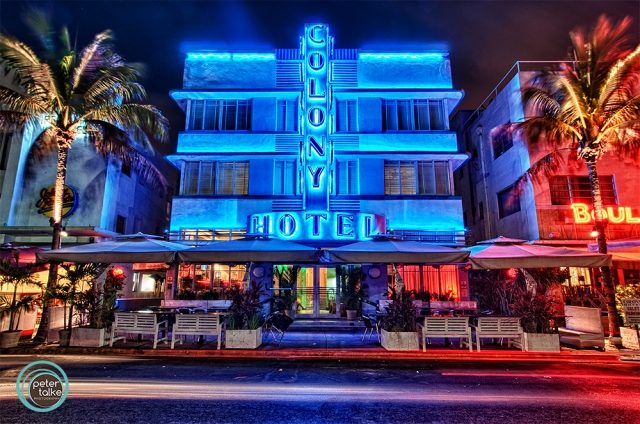 From the colorful Miami Beach here is the the Colony Hotel. I awoke this day around 5 AM and went down to the main strip to catch the lights. It was quiet…luckily! Typically its crazy. I must say being middle aged…Miami is def a place for youth and the party people! The women are dressed up at 10 AM and you can find all kinds of odd folks there as well. One time me and the family stayed at a hotel on the strip and had to check out the next morning. Everyone was partying in the hotel at 2 AM. Too much for me…my party days are over. And I also needed my rest to get up in a few hours to catch photos of the sunrise! LOL

It was summer at this time and the standard Florida camera situation arose this AM. I came from a nice cool air conditioned hotel room. Parked on the strip. Grabbed my camera, took it out and due to the high humidity…it fogged up right away. Just wiping it does not help. You have to wait about 10 mins for it to adjust. I had forgot about this and had to wait it out. Just in time before the sun rose…I grabbed the shot above. Enjoy your weekend! 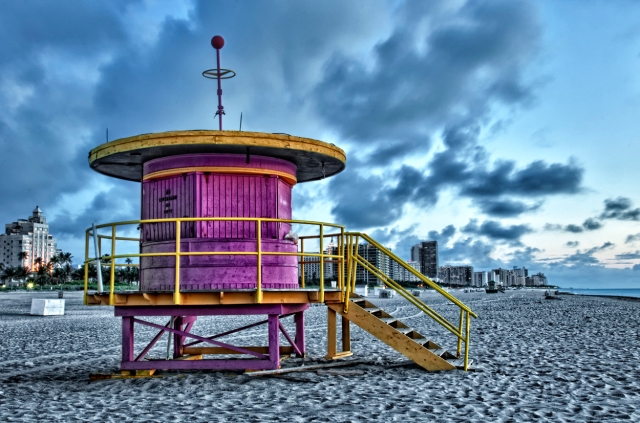 Happy New Year everyone! 2012 is gonna be the best year yet!! The shot above is from an early AM at South Beach. It s a little cool here in TX today…a day at the beach sounds good!!! I know our holidays are over…but why not take another??? Stay warm! 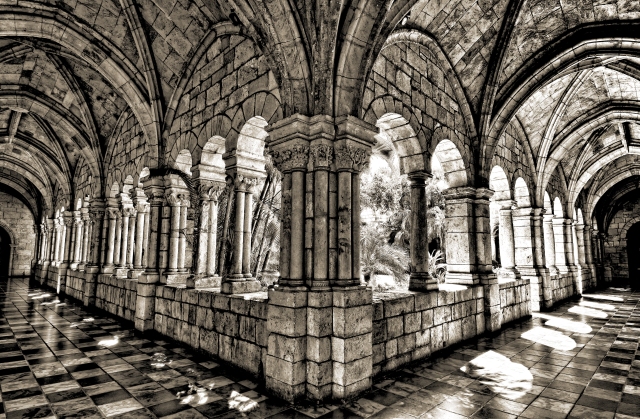 Just above South Beach in Miami you can find this little off the beaten path church.  It is called The Cloisters of the Ancient Spanish Monastery.  Some info from the web: The Monastery of St. Bernard de Clairvaux was built in Sacramenia, in the Province of Segovia, Spain, during the period 1133-1144.

The Cloisters were seized, sold, and converted into a granary and stable due to a social revolution in that area in the mid-1830’s. In 1925 William Randolph Hearst purchased the Cloisters and the Monastery’s out- buildings.  The structures were dismantled stone by stone, bound with protective hay, packed in some 11,000 wooden crates, numbered for identification and shipped to the United States.

About that time, hoof and mouth disease had broken out in Segovia, and the U.S. Department of Agriculture, fearing possible contagion, quarantined the shipment upon its arrival, broke open the crates and burned the hay, a possible carrier of the disease.  Unfortunately, the workmen failed to replace the stones in the same numbered boxes before moving them to a warehouse.  Soon after the shipment arrived, Hearst’s financial problems forced most of his collection to be sold at auction.  The stones remained in a warehouse in Brooklyn, New York, for 26 years.  One year after Hearst’s death in 1952, they were purchased by Messrs. W. Edgemon and R. Moss for use as a tourist attraction.  It took 19 months and almost $1.5 million dollars to put the Monastery back together.  Some of the unmatched stones still remain in the back lot; others were used in the construction of the present Church’s Parish Hall.

An interesting history!  Looks like they did a great job to me. 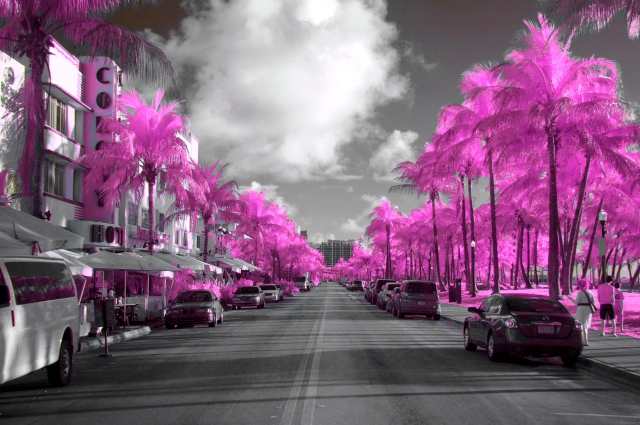 Now for something a little different!  Not a super shot…but a different point of view!  Sorry I have to save most IR shots for my book…but I wanted to post at least one shot from my Super Infrared converted Camera.  This is Miami’s South Beach as I stood dangerously in the middle of the street.  It was a quiet late Monday afternoon. My thought was the street lined with palm trees would look cool if the Super IR goes into effect.   What do ya think?  I like to play around with the hues and it surely creates interesting art that the Super IR allows!  I’d call it funk-a-delic! 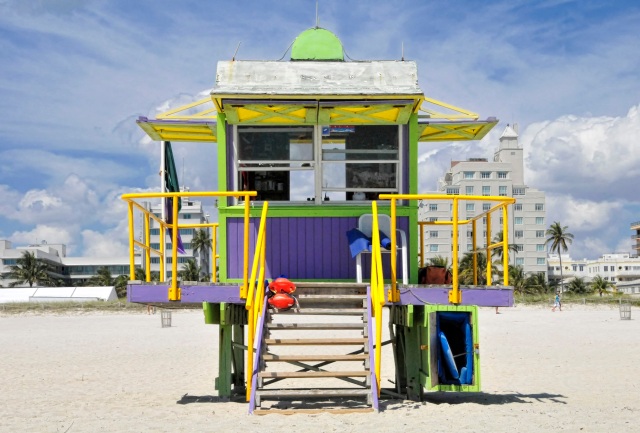 If you are young and single, Miami Beach is the place for you!   Great Beaches, restaurants, clubs and lots of wealthy people!  We were in town for a tennis tounament in Key Biscayne (20 mins south of Miami) and had our little one with us.  Unfortunately, we learned a lesson, this is a party town!  Not too fun for kids!   The room next to us liked to party through the whole evening and early AM.  Needless to say we moved to another hotel away from the action the next night.  Then we were ok!

The water is amazing, but the beaches are a bit dirty (watch where you step).  You can also see some strange people here…so if you are into people watching…this is a great spot.  Main Beach action at night cannot be topped.  Its like a show when you are walking the streets…everyone is dressed up and expensive cars rule the main strip as traffic moves slowly….its seems like cruising was invented here.  LOL   I really enjoy tropical locations and Miami must be experienced at least once in your lifetime if you can.

This is from the Miami Beach web page:  Beyond the radiant sun, surf and sand, discover Miami Beach’s rich history as an entertainment and cultural destination, from world-famous Art Deco architecture to renowned nightclubs to designer fashions on Collins Avenue and Lincoln Road.  There’s so much going on in Miami Beach, you’ll need an extra hour to enjoy everything that makes this city so vibrant.  As the world’s elite playground, Miami Beach promises a 25-hour day; and whether you are an arts enthusiast, foodie, shopaholic, socialite or sun worshipper, there are plenty of options for where to spend that extra hour (or at least wish you had).

The photo above is one of the famous colorful Lifeguard Stations located on Miami Beach.   Its just a standard shot and I added a little effect to it using Topaz Adjust.  Topaz is a new “HDR like” plug in that seems to be a new favorite for many people.  It is kinda cool…I am just trying out the downloaded free demo.   I’ll keep using it and maybe will write a review one day in the future.   Have fun!