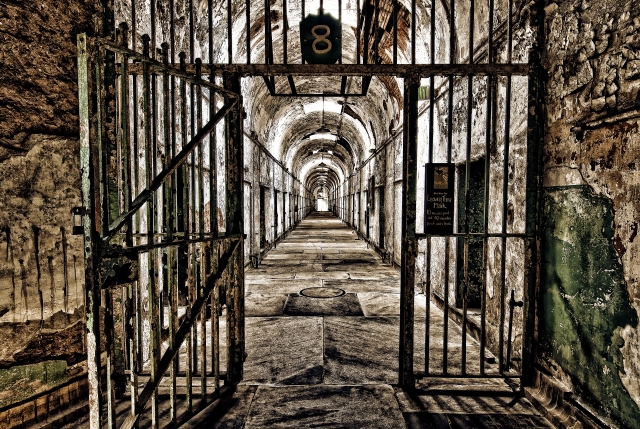 From the spooky and awesome Eastern State Penitentiary in Philadelphia…this is cell block #8. My little one and I enjoy watching the TV show Ghost Adventures with Zak Baggans. I am not 100% sure ghosts exist, but I do enjoy the potential of the unknown. I think I enjoy the show mostly due to the locations they visit. This is how I found out about ESP. They visit old houses, asylums, penitentiaries and much more. All these places are sweet for HDR! Who ya gonna call….Ghostbusters!

I took a long lunch yesterday and went to explore Moore’s Crossing here in Austin, Texas.  It is located a few minutes from the Austin International Airport.  I had no idea this place existed until my good friend Van Sutherland (blog: Exile Imaging) posted a shot from here just recently.  I was curious!   I Googled it and it has an interesting history!

Some info from the web…  Moore’s Crossing is a historic community southeast of Austin, Texas.  The area was settled in the 1840s near a low-water crossing for Onion Creek. It was named after John B. Moore, who opened a store at the site in the early 20th century. In 1915, three of six spans from the 1884 iron Congress Avenue Bridge, which had been put into storage in 1910, were used to construct a bridge at Moore’s Crossing (formerly Onion Creek Bridge). The bridge was washed away by a spring flood that year.

The current bridge, built by the Austin Bridge Company of Dallas is made of concrete piers and the remaining three spans from the Congress Avenue Bridge. It was completed in 1922 and took Burleson Road across Onion Creek to Farm to Market Road 973. On January 8, 1980, the bridge was “finally put to rest” after nearly 97 years. Richard Moya, Travis County Commissioner Precinct 4, stated the bridge would be closed because it could collapse. The concrete under the abutments had failed. The estimate to stabilize the one-lane bridge for traffic was $750,000 and that did not include widening it to support the increased traffic caused by area growth. A four-lane concrete beam bridge with a different alignment to Farm to Market Road 973 was built instead. The county barricaded the bridge at Moore’s Crossing and turned it into a pedestrian bridge. The bridge was recorded as a Texas Historic Landmark in 1980. The community was added to the National Register of Historic Places on October 16, 1996.

On my next post from here…I hear this bridge is haunted!  Gotta love ghost stories!!  Coming soon!   Note this was produced using NIK’s HDR Efex Pro! 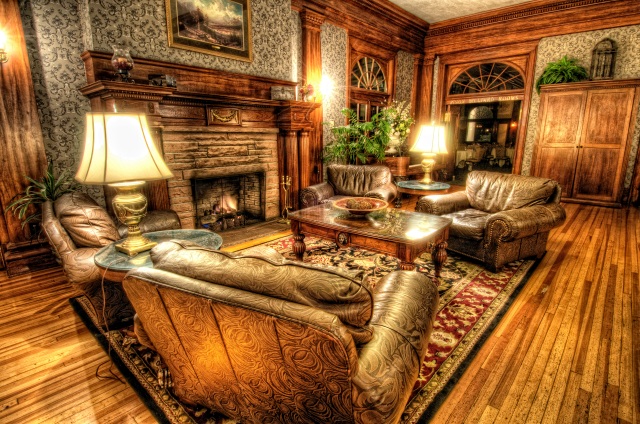 Don’t let the ghost stories be the only great thing about the hotel….it is beautiful!!  The photo above is form the reception area.  With that fire burning…what a great spot to sit, relax and read!!  After my visit I wanted to learn more.  I had heard about a TV Show called “Ghost Hunters”.  I checked the iTunes store and saw they have a few episodes from the  Stanley!  There is a “Best of” …so I downloaded and watched it.  These ghost shows always seem to see a dark figure in the corner or a cold spot in a room…hmmm…acting to me!  But after watching this show, I was intrigued by a few things.  Not sure if it real or great advertising?

Whatever your thoughts are for such X-File type  phenomenon, the truth is out there!  LOL  I’d prefer to see Bill Murray from GhostBusters stay here one night!   Have a ghostly good time and visit here one day if you can!!

The alarm went off at 4 AM and I grabbed my gear and was out the door.  I really didn’t get a chance to see the hotel the day before, so it was all new to me!  The most famous location in the hotel is Room 217.  This is where Stephen King stayed and many ghostly happenings may have occurred.  It was quite spooky at 4 AM walking around the hotel.  As it is an old building…the hallway wood creaks with every step.   At least someone cannot sneak up at you!  But if they are floating, maybe they can!!   I set up the above shot and gave it a little photoshop touch to create a eerie feel….Room 217!!

I continued on and wanted to grab a shot of the famous stairway near the reception.  I walked down and bumped into a family walking around taking photos just like me.  The daughter mentioned that she awoke this morning with someone stroking her hair!!???  The mind can do amazing things…I guess??  I went into this visit without much knowledge of the happenings here, so if I experienced anything, it would be real.  I was at the stairway for a while, as occasionally a worker or person would walk by my long exposure HDR.  Take 2, Take 3, Take 4…finally I got it!! 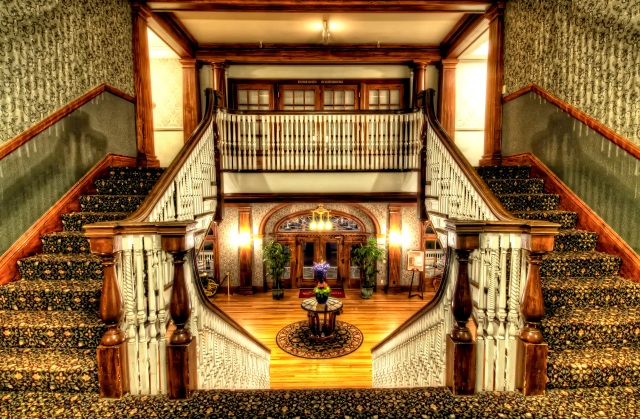 I then talked to two ladies that were walking around and they knew all the history.  They told me about the little ghost kids that run around on the fourth floor all through the nite.  I immediately went up to the 4th floor and someone was actually watching a movie in their room and the TV was blasting..I did not see or hear anything.  Oh well.  I wanted to get a hallway shot perpendicular to this area by another set of stairs.  As I set up for my shot, I heard someone walking up the stairway.  Worried about traffic with my long exposures, I looked over the rails downward a second or two later and there was no one around????  Spooky!!!!

I kept on taking pics until around 6 AM.  The shot from yesterday was just before sunrise outside the front of the hotel.   The Ballroom and Music Room are supposed haunted areas.  I went to photograph both…no luck!  After I returned from my trip, I checked all my pics…no shadowy figures or apparitions found.  I loved my stay at the Stanley.   I would gladly stay there again!  I will finish off Part 3 tomorrow…until then!

I was recently in Boulder, Colorado and arrived in on a Sunday.  I decided to stay in Estes Park as I had always heard that the Stanley Hotel was a wonderful place to visit!  All I knew about the Stanley is that is  was the inspiration for the fictional “Overlook Hotel” in the movie “The Shinning”.  I had always thought that it may have been filmed here, but it was not.  Unfortunately, there is no maze out front as well.  But what makes this more of a famous spot is the possibility of hauntings by numerous ghosts!  Now I do not believe in ghosts, but if anyone can prove otherwise, you never know!

I arrived late in the afternoon on this Sunday and it was a beautiful day.  Rooms are not available until 4 PM, so I hit the Rocky Mountain National Park until my room was ready.  I arrived back late…around 7 PM, ate dinner and went to sleep.  I wanted to take some photos, but there were a few weddings going here this day and many people walking around taking tours.  So I set my alarm for 4 AM and wanted to walk the hotel at its quietest and hope to see some ghosts!  (to be continued…)

Info from the web:  In 1903, F. O. Stanley, co-inventor of the Stanley Steamer automobile, came to Estes Park for his health. Stanley suffered from tuberculosis and came West at his doctor’s suggestion. The doctor arranged for the couple to stay in a cabin in Estes Park for the summer. Immediately, they fell in love with the area and Stanley’s health began to dramatically improve. Impressed by the beauty of the valley and grateful for the improvement in his health, he decided to invest his money and his future there. In 1909, he opened the elegant Stanley Hotel, a classic hostelry exemplifying the golden age of touring.

Stanley built the hotel on land that he had purchased from the Irish Earl of Dunraven and Mount-Earl. Dunraven came to the area in 1872 while on a hunting trip. He built a hunting lodge, cabin, and hotel for his guests and illegally homesteaded up to 15,000 acres (61 km2) in an unsuccessful attempt to create a private hunting preserve. Dunraven was finally run out of the area after trying to swindle folks out of their land and money. In 1907, construction started on the Stanley Hotel. Wood and rock were obtained from the nearby mountains and the hotel was built in the Georgian architectural style, which experienced a revival in the early Twentieth century. Equipped with running water, electricity, and telephones, the only amenity the hotel lacked was heat, as the hotel was designed as a summer resort.