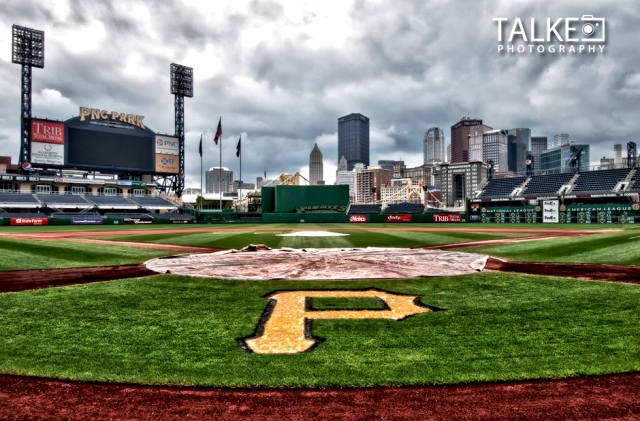 Baseball season is almost upon us! As a Pirate fan, this may be the first year I have a bit of hope since 1992! We have a great young lineup and may have a chance to break the 18 consecutive losing seasons. I am a true fan and will cheer on my Bucs no matter what! Our hopes are no the World Series or the playoffs…we can dream..but just to be a winning team! I wish them luck this year!! Go Bucs!! 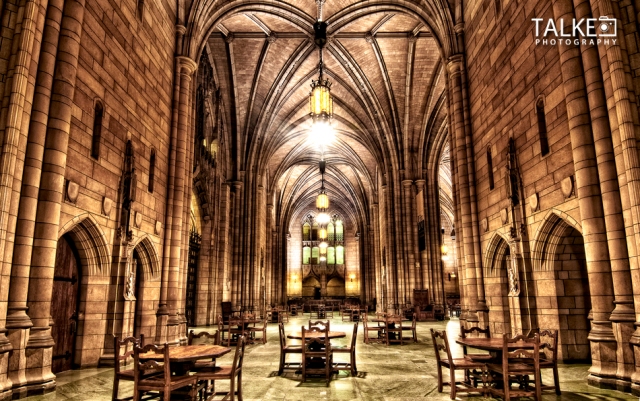 One of my favorite cities to photograph due to my love of its sports teams…Pittsburgh. This day I went out with my good friend and fellow photographer, Dave DiCello. You can find his blog here.. HDR Exposed . He has tons of great shots of the Burgh!

I told my wife one day we have to live here for year so I can go to all the games..Steelers, Pirates and Penguins! ..probably when I am retired. The Photogs in the Burgh have tons of places to shoot…the city, sports parks, bridges all over the place, steel mills, old and abandoned buildings all over! HDR heaven!

One super cool place you must stop by to HDR first if you ever visit is the University of Pittsburgh’s Cathedral of Learning. It is the perfect spot to HDR! Dave and I went early this day before classes started and it was nice and quiet! The kids probably had too many Iron City Beer’s the night before! Enjoy the photo!

If you are a photog and shoot HDR’s my HDR techniques have been evolving recently and I have a few new tricks. The shot above and a few recently have utilized these new methods. I still use Nik’s HDR Efex Pro…but its what I do in Photoshop that helps! I’ll do a post on this soon! Have fun! 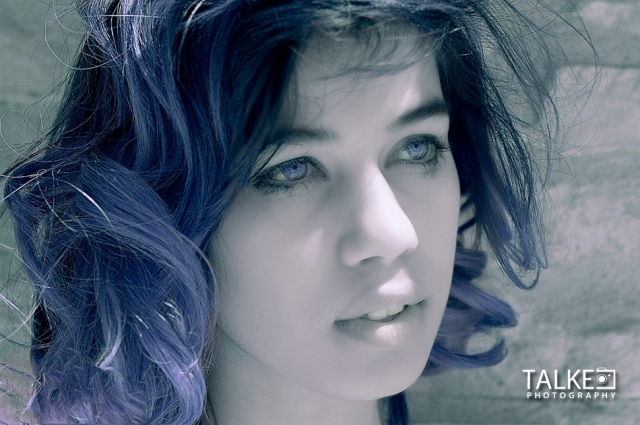 One area I am eager to grow my experience in is Infrared Portraits. The shot above was one of my first serious attempts. Doa is stunning and was wonderful to work with this day! Her dark hair lead to fun colors in infrared! Whats cool is that she now has her own blog called Doa Blue! Doa feel free to use this pic…due to its blue tone! =) You can find her blog here…Doa Blue. Good luck in your modeling career!! 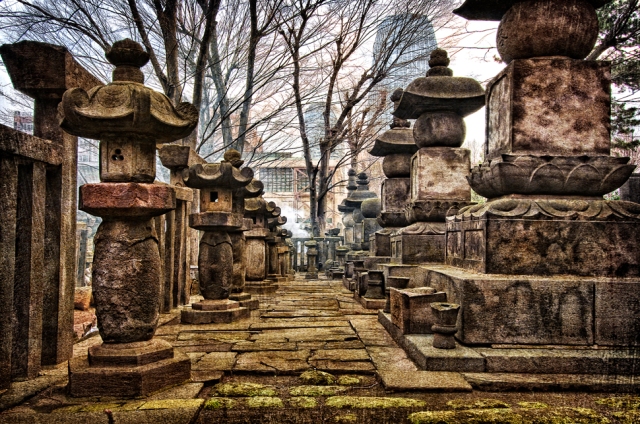 From Tokyo, Japan…I was wondering around the Tokyo Tower and only 50 yards away across the street you can find this old cemetery tucked in between some buildings. Unfortunately, I do not know the customs..but you can see smoke in the background. Used to ward off spirits? Not sure. It makes the graveyard a bit spookier. I am not one to visit cemeteries, but this one was to cool to pass up! 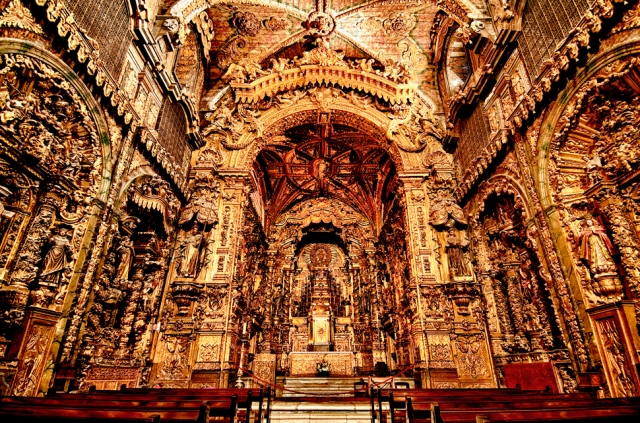 From the lovely old city of Porto, Portugal…one of the coolest small churches I have ever seen. The ornate wood carved interior painted with a gold color. It looks stunning in HDR! The church is off the beaten path and tough to find. Its very small and it takes a bit of work to get inside. If you are ever in Porto…it is well worth the visit. Can you imagine carving all those details? Unreal!! 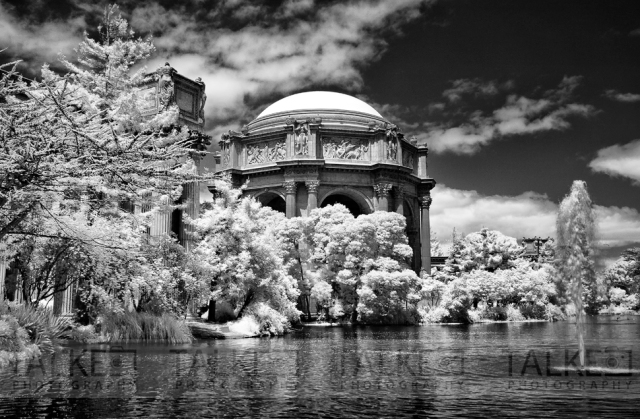 San Francisco…one of the best cities in the US. So many photographic locations! One of the traditional, yet cool spots is the Palace of the Arts. Standard, HDR, Infrared…all good! Tough to go wrong at this spot!

As I am typing this it is near dinner time….as I am hungry..I always wondered why did Rice-A-Roni become the SF treat??

Here is some info from the web: In 1895, Italian-born immigrant Domenico (a.k.a. Charlie) DeDomenico moved to California, where he set up a fresh produce store. A successful businessman, he married Maria Ferrigno from Salerno, Italy. Back home, her family had owned a pasta factory, so in 1912 she persuaded him to set up a similar business in the Mission District of San Francisco. The enterprise became known as Gragnano Products, Inc. It delivered pasta to Italian stores and restaurants in the area.

Domenico’s sons, Paskey, Vince (1915–2007), Tom, and Anthony, worked with him. In 1934, Paskey changed the name to Golden Grain Macaroni Company. Inspired by the pilaf recipe she learned from Mrs. Pailadzo Captanian, Tom’s wife Lois created a dish made up of rice and macaroni, which she served at a family dinner, creating an instant favorite. In 1958, Vince invented Rice-A-Roni by adding a dry chicken soup mix to rice and macaroni. It was introduced in 1958 in the Northwestern United States and went nationwide four years later. Because of its origins, it was called “The San Francisco Treat!” which is a registered trademark. 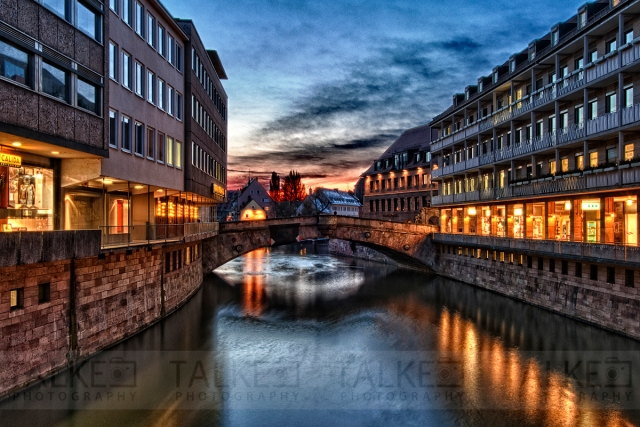 While walking through the city center one night in chilly Nuremberg, I walked over a bridge and saw this cool view at sunset. Nuremberg is one of my favorite little cities in Germany. Some info from the web: Nuremberg is the second-largest Bavarian city, and fourteenth largest municipality in Germany. Particularly after the EU eastern enlargement, the city has profited from its central location within the European economic region. With 500,000 inhabitants, Nuremberg is the economic, services and cultural centre of Northern Bavaria, and the centre of the Nuremberg Metropolitan Region with about 3.5 million inhabitants. 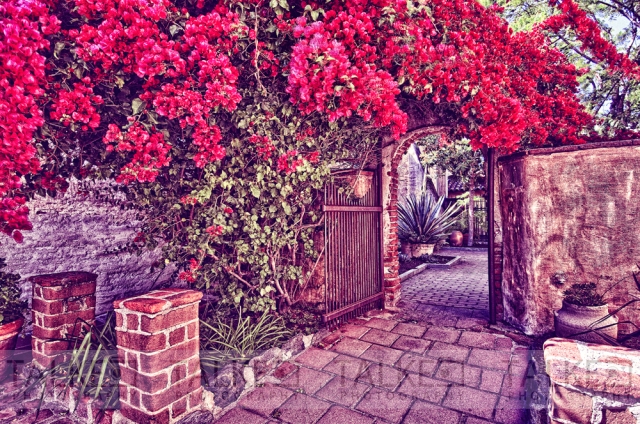 I had a little fun with this shot. As I dabble more and more with portraits…I have grown to love using “Actions” in Photoshop. You can find them all over the internet. These actions can create that dreamy colorful effect and basically produce anything you desire with the click of a button. My “City in the Sky” from the other day was done using an action called “Pewter”. I was processing this HDR and thought how often do you see an HDR with that colorful effect to it? Almost never. For the shot above I used an action called “Mulberry”..it gives a blueish tone to the shot. Hope it looks cool?? Have a great weekend!! 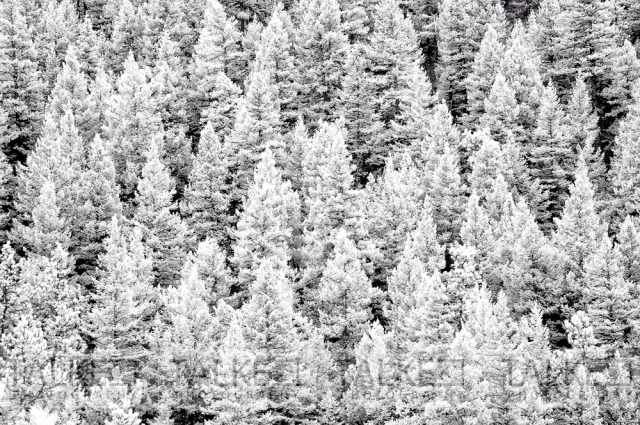 One summer late afternoon I took a cruise up the mountains that overlook Boulder. These were near the Flatirons. I loved the views all around. I had my infrared camera and decided why not take some shots of the green pines near me and see how it looks. Looks like a winter shot! Gotta love what IR can do to the surroundings. It has been a whimsy winter this year…so enjoy the snowy look in this IR shot!! Spring is almost here!!! 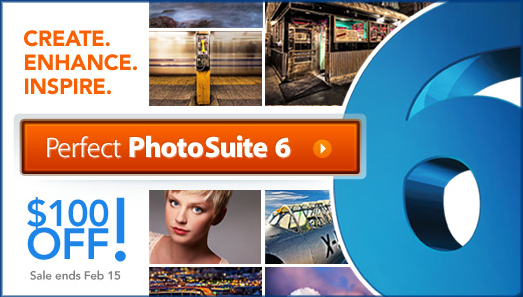 Click on this link…onOne Perfect Photo Suite 6 to get details and save $100 off today starting 11 AM PST until Feb 15h!!! Act now!! onOne rocks!!